This year marks the 30th anniversary of the event, which sees the Mag Mile lit up with 1 million holiday lights. 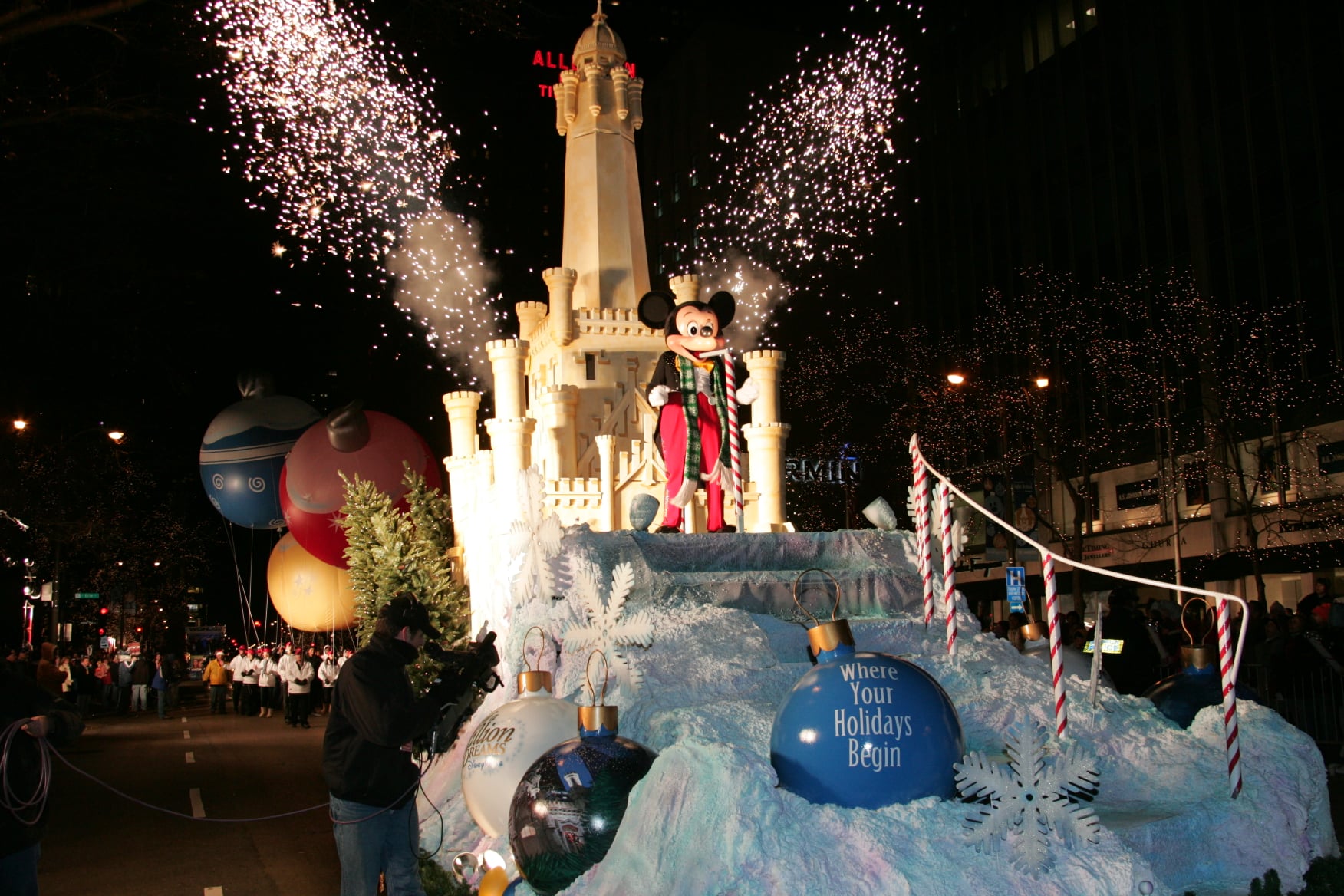 The event will bring holiday spirit and life to the Mag Mile, a Downtown stretch of Michigan Avenue that’s historically been famous for its shopping — but which, more recently, has been hurt by pandemic business closures, bouts of looting and crime.

“This year, after a challenging 18 months, we needed a celebration,” said Kimberly Bares, CEO and president of the non-profit Magnificent Mile Association. “We needed to welcome families to North Michigan Avenue to fill our hotels, our restaurants and retail.”

It’s the 30th anniversary of the event — billed as the largest nighttime parade in the United States — and the state provided a $400,000 grant so the festival could return “bigger and better than ever,” Gov. JB Pritzker said at a Wednesday news conference.

The festivities kick off with a preview event 4 p.m. Friday at the Wrigley Building’s Centennial Plaza, 400-410 N. Michigan Ave., where there will be a tree-lighting ceremony. The event will honor the building’s 100-year anniversary.

But the real party starts 11 a.m. Saturday at Lights Festival Lane, 401 N. Michigan Ave., where there will be holiday decorations and booths with activities for families, including photos with Santa Claus, according to the Magnificent Mile Association’s website. Those events last until 4 p.m.

There will be a tree-lighting parade starting 5:30 p.m. Saturday down Michigan Avenue, with Mickey and Minnie Mouse leading the way. There will be more than an hour of floats, balloons, marching bands, musical performances and more, “all helping to illuminate more than 1 million lights along the Magnificent Mile,” according to the website.

The event will end with fireworks 7 p.m. over the Chicago River at DuSable Bridge.

The event will be streamed online and broadcast by ABC. More information about participating or watching is available online.

The state has provided a $400,000 grant for this year’s event. All together, the traditional event costs $1 million to put on, Bares said at the news conference.

The festival has a strong economic impact for the business district, city and state: In 2019, the Lights Festival weekend drove bookings for more than 10,000 hotel room nights and generated sales of $26.1 million, according to a Magnificent Mile Association news release.

Shining bright for 30 magnificent years, The BMO Harris Bank Magnificent Mile Lights Festival® returns to downtown Chicago this month to kick off the holiday season the weekend before Thanksgiving. Chicagoans will come together safely again, after the 2020 live event hiatus, to celebrate the largest nighttime parade in the Nation.

The action-packed weekend will begin with a preview night on Friday, November 19 at 4:00 p.m. featuring a ceremonial tree-lighting in The Wrigley Building Centennial Plaza in honor of the building’s 100 years.

On Saturday, November 20, the event-filled day begins at 11:00 a.m. starting in Lights Festival Lane (401 North Michigan Avenue) with a festive thoroughfare of booths and family activities, including photos with Santa Claus, until 4:00 p.m. Free, family fun culminates in the grand tree-lighting parade down North Michigan Avenue on Saturday, November 20 starting at 5:30 p.m. with Grand Marshals Mickey Mouse and Minnie Mouse from Walt Disney World® Resort in Florida. The parade features more than 60 minutes of fabulous floats, giant helium balloons, exciting marching bands, celebrities, musical performances, Santa Claus, and more, all helping to illuminate more than 1 million lights along The Magnificent Mile. The event draws to a grand conclusion with spectacular fireworks over the Chicago River at the DuSable Bridge at 7:00 p.m.

If you cannot catch the parade live, ABC broadcasts the event throughout the holiday season across nearly 100% of the country.

While planning your trip, book a hotel right in the heart of all the festivities, get ahead on your holiday shopping, and explore more things to do around the city!

COVID Protocols During Festival of Lights

We use web hosting affiliate links to earn commission  fees on most of the products reviewed on our pages.

Every time a web user clicks on one of the affiliate links  on our  hosting review pages & he makes a purchase, we receive a payment.

Below is a list of hosting companies that we have an affiliate association.